Everyone loves a well-made margarita, but adventurous foodies are just as likely to be looking for unique cocktails that are as interesting and extraordinary as the food on their plates... Today we're focusing on the most popular Latin American spirits - tequila and mezcal, pisco, rum and cachaça. Try one (or try them all), just remember to always drink responsibly! 😉

At the heart of every Latin American culture is a drink. THE DRINK. And a spirit that defines the late night vibe of the cities from whence they came.

For purposes of this post, I will focus on the 3 most well-known (at least in my mind):

You'll find recipes for a margarita, a mojito, and a pisco sour on every website that features adult beverages. I want to "kick it up a notch" with a few unique cocktails for the adventuresome foodies!

Often described as tequila's smoky cousin, the popularity of mezcal (or mescal) is exploding. I have a hunch its popularity is driven by the fact that enthusiasm for craft cocktails is on the rise, and mezcal brings an exciting new flavor profile to "the scene."

While tequila and mezcal are both Mexican spirits made with agave, they differ in production method, origination, and flavor. Tequila is a type of mezcal, but not all mezcal is tequila.

Tequila can only be made from blue agave plants, while mezcal can be made from many different agave species including blue agave. Mexican law tightly restricts regions that produce tequila, and though most mezcal comes from Oaxaca, it can be produced in many more regions than tequila.

The biggest difference is in the production methods and resulting flavor of the 2 spirits. Tequila has a clean, smooth, slightly sweet taste, and mezcal has a more savory, smoky taste.

I do use both in the same cocktail recipes, knowing the flavor will be vastly different with each. Keep this in mine when perusing the following list of unique tequila and mezcal based cocktails. 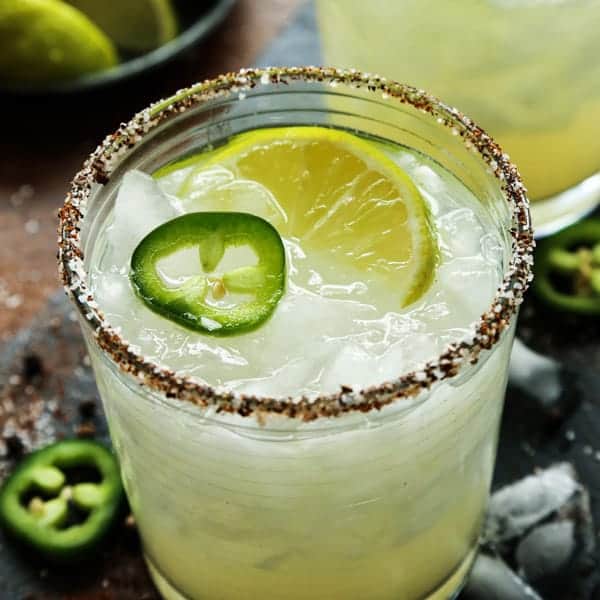 Jalapeno Mezcal Margarita: A smoky mezcal is infused with fresh jalapeno for a bold and spicy cocktail, all in a chili salt rimmed glass!Read more at https://www.afarmgirlsdabbles.com/jalapeno-mezcal-margarita-recipe/ 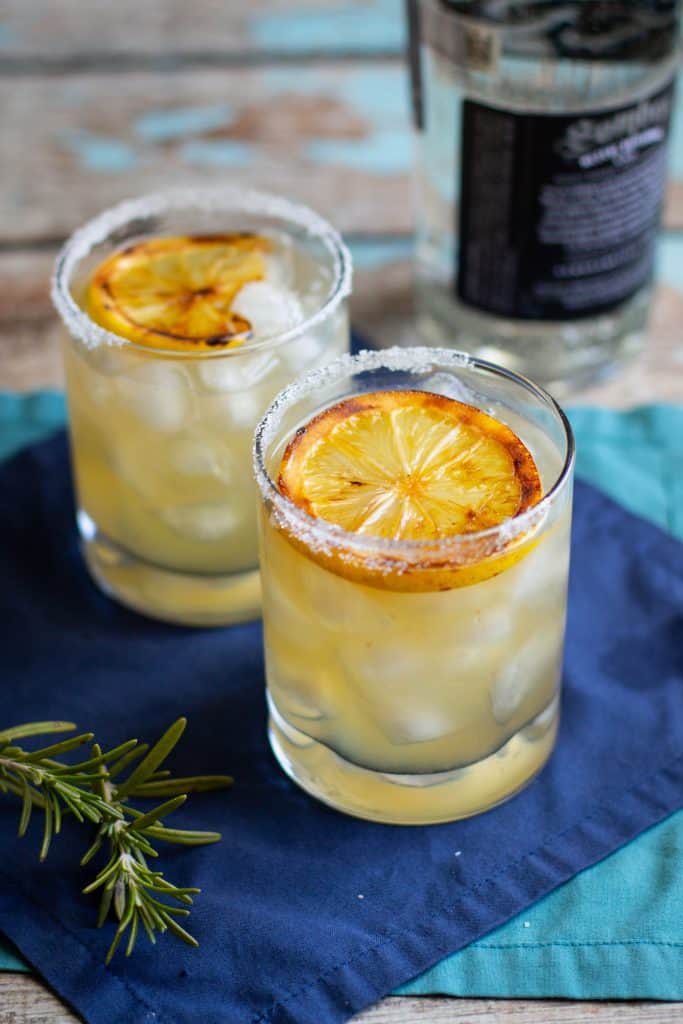 These Grilled Mezcal Margaritas are equal parts sweet, tart, and smoky. Honey syrup lends a pleasant sweetness, the grilled lemon juice is tart and complex, and the mezcal adds a boozy smokiness.

This Pineapple Margarita is made with sweet pineapple juice and a fresh habanero pepper for a spicy twist on a refreshing cocktail! 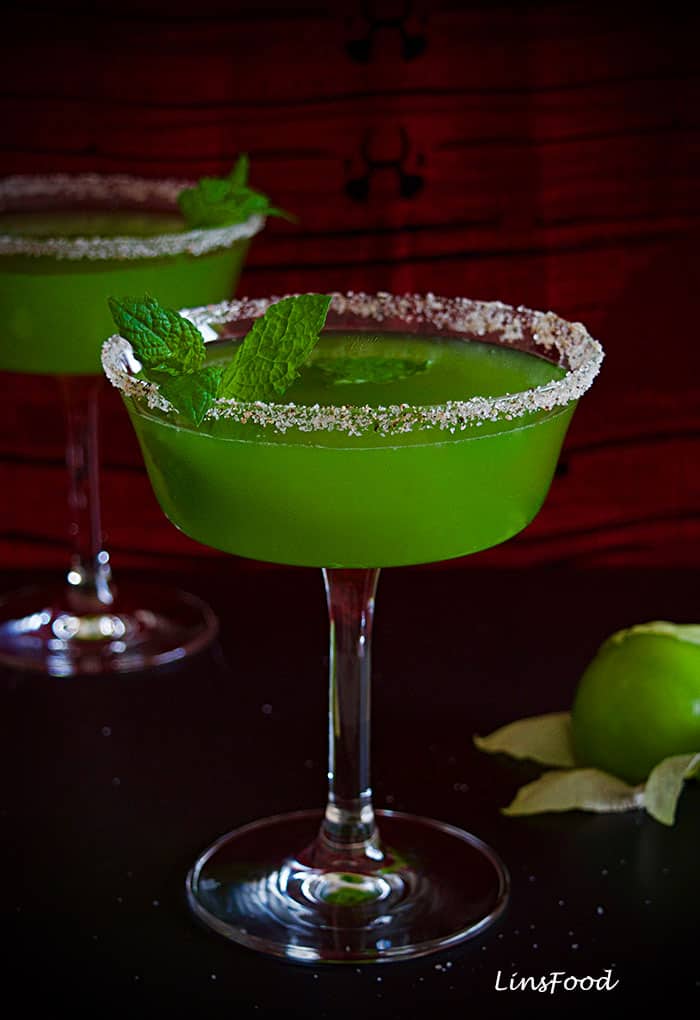 Tomatillo and Jalapeño Margarita recipe with a hot salt and pepper rim, full of sweet, sour and spicy flavours. This is the drink to spice up your life! 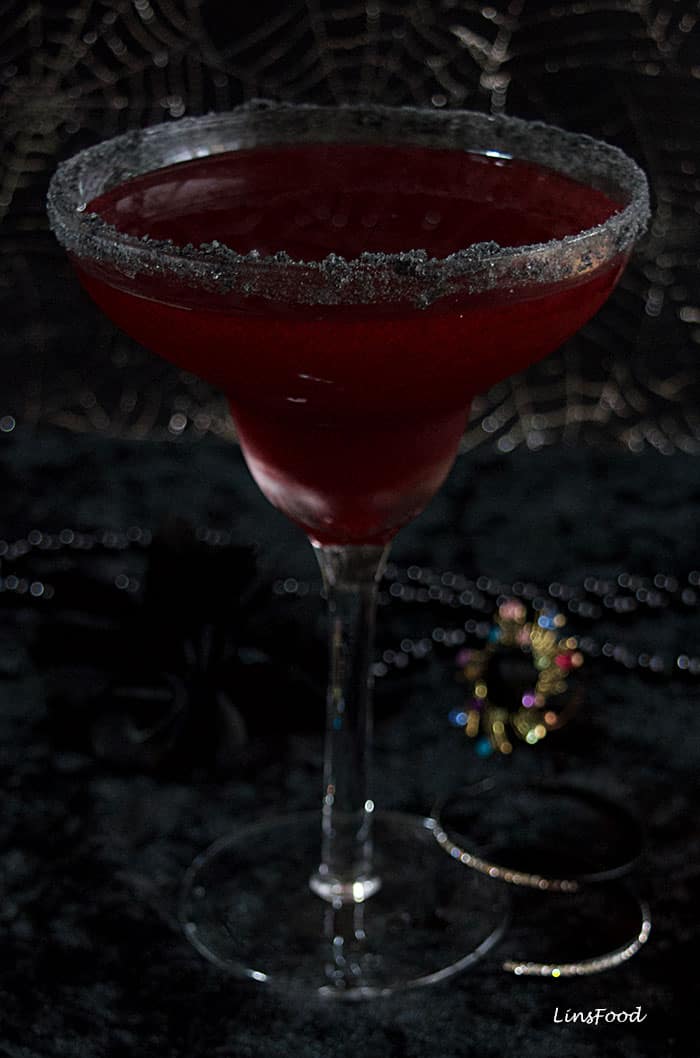 As you lift the glass, you get definite hits of citrus and something sharp. The first taste to hit you as you take a sip, is that of the tequila, there’s no getting away from that, and to me, that’s a good thing; the mark of a good margarita. 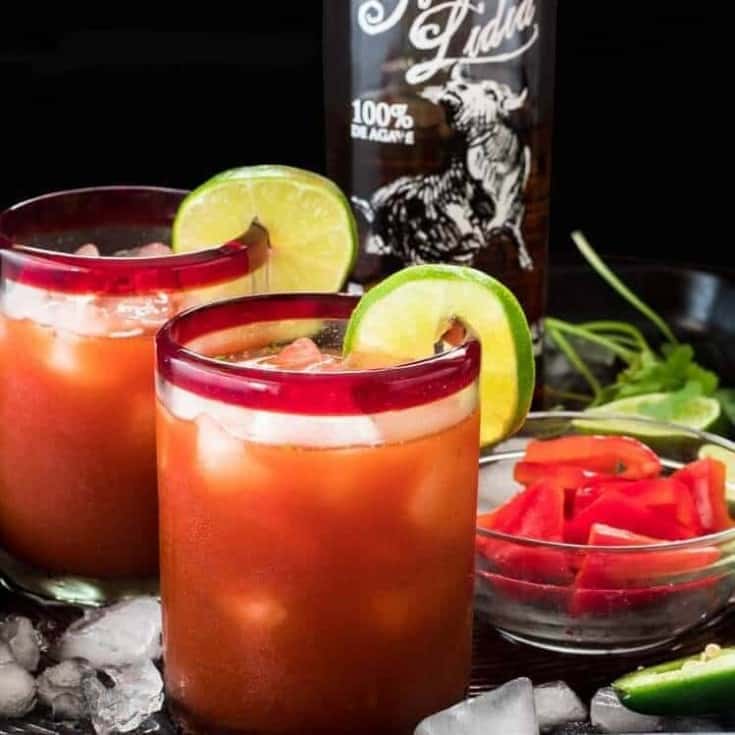 Pisco is Peruvian. Do NOT let anyone convince you otherwise! Lol. Chile tries to lay claim to pisco, but having spent 3 months in the last 2+ years in Peru, I am convinced that historical evidence supports the Peruvian claim!

Pisco is a clear to amber colored brandy - distilled and fermented from grapes. Aguardiente is a generic term for distilled spirits with 29-60% alcohol, coming from many different sources. Spain has brandy, Brazil has Cachaça, Colombia has Aguardiente - an anise flavored liqueur.

Back to Pisco. Peruvian Pisco must be made in the country's five official D.O. (Denomination of Origin) departments—Lima, Ica, Arequipa, Moquegua and Tacna (only in the valleys of Locumba Locumba, Sama and Caplina)— established in 1991 by the government.

Grapes are distilled in copper basins and aged in steel or glass, and nothing may be added that will alter its flavor. That's the "reader's digest condensed version." I can't begin to cover it in one post. For more information read All About Pisco. With a subtle hint of spice and fruit, and its gorgeous red-violet hue, this unique Chicha Morada and Pisco Cocktail is sure to delight at your next cocktail party! 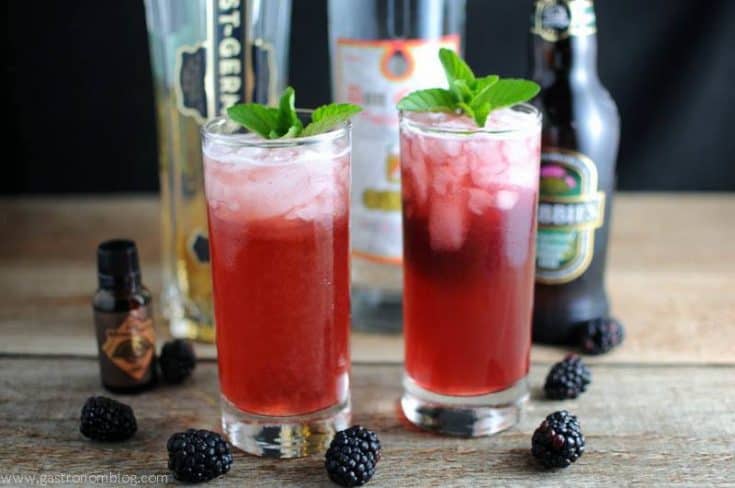 A floral, fruity and pisco cocktail topped it with ginger beer! 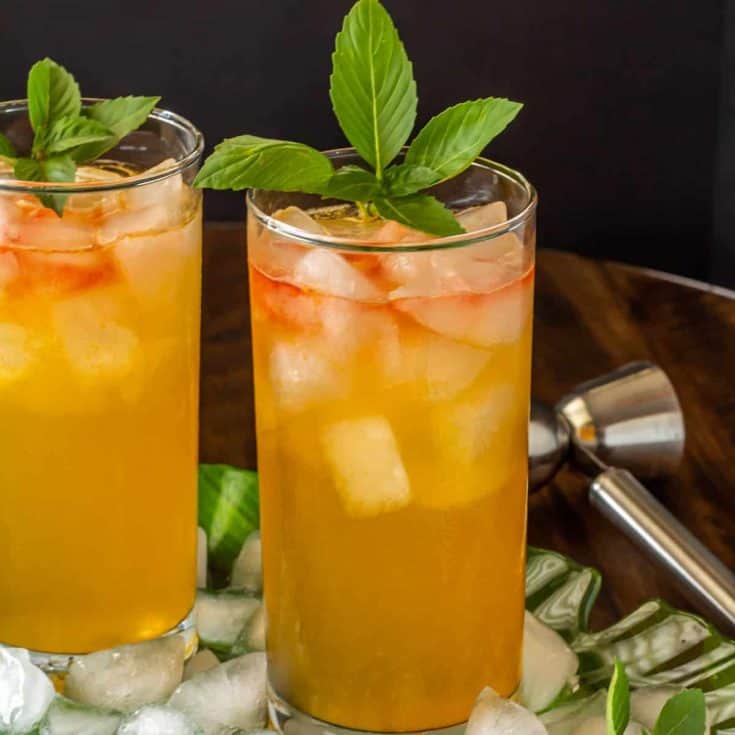 Cool, light, and refreshing... Chilcano de Maracuya features Peru's beloved pisco, fragrant maracuya (aka passionfruit or passion fruit), ginger ale, and a few drops of bitters. This one is perfect on a hot summer's day! 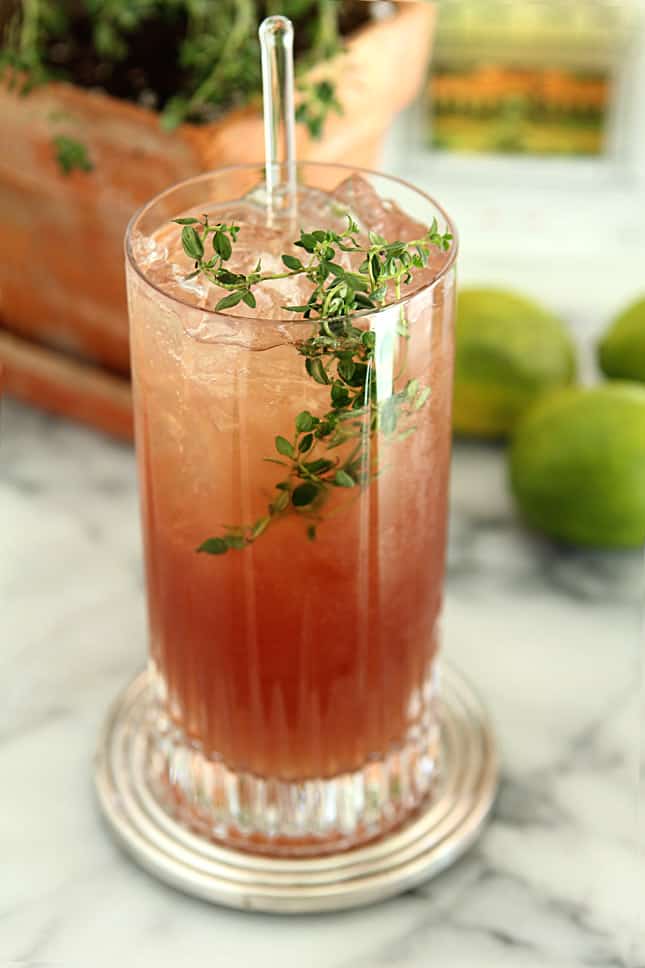 Brisk and refreshing, this El Diablo Cocktail with Pisco & Ginger Beer cocktail is a great mix of ingredients and sure to quench your thirst! 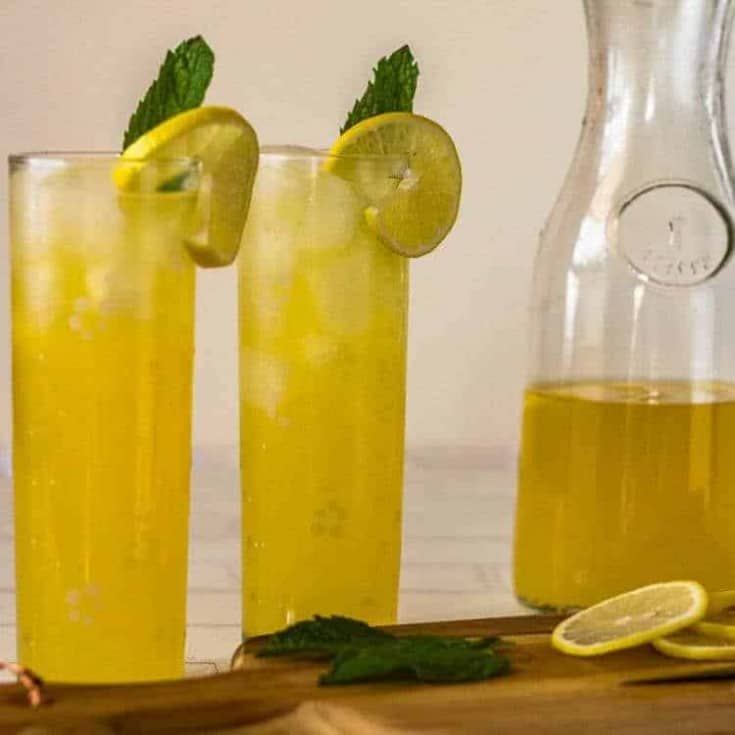 Pisco Lemonade with Lemongrass and Mint

A super summer sipper, this pisco cocktail requires a couple of fresh ingredients, a bottle of pisco, and a few minutes of "active" time... It's a perfect hot-weather adult beverage, but leave out the pisco, and it's bound to please young and old alike! 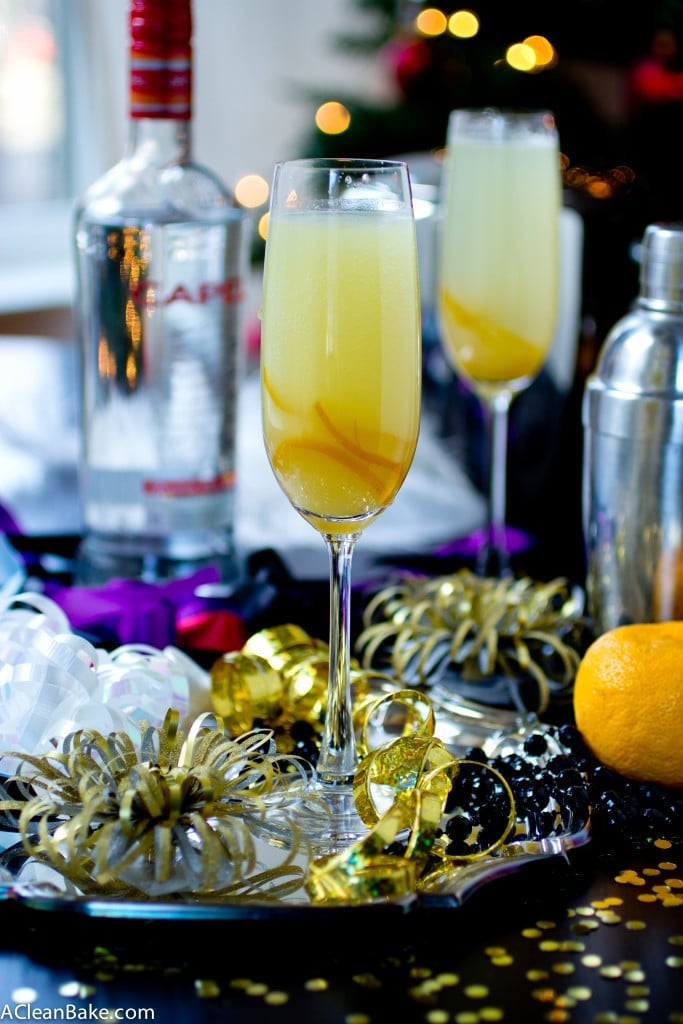 If you’ve never tried the national drink of Chile, Pisco Sour, it’s time to give it a whirl. This version is a little unconventional, though, incorporating the pleasantly sour flavor of yuzu – a cousin of a grapefruit – into the mix. Plus, it’s naturally sweetened. Cheers!

Both distilled spirits come in unaged ("white" or "silver") and aged ("yellow" or "gold").

The caipirinha is Brazil's national cocktail and is made with cachaça, sugar, lime, and ice. In 2006 our Brazilian foreign exchange student's parents sent several bottles made on his grandfather's ranch. We were totally enamored with our first experience with this cocktail! I have included a couple of interesting recipes in the next section.

I have also featured several rum cocktails originating in countries throughout the tropical regions of Latin America. 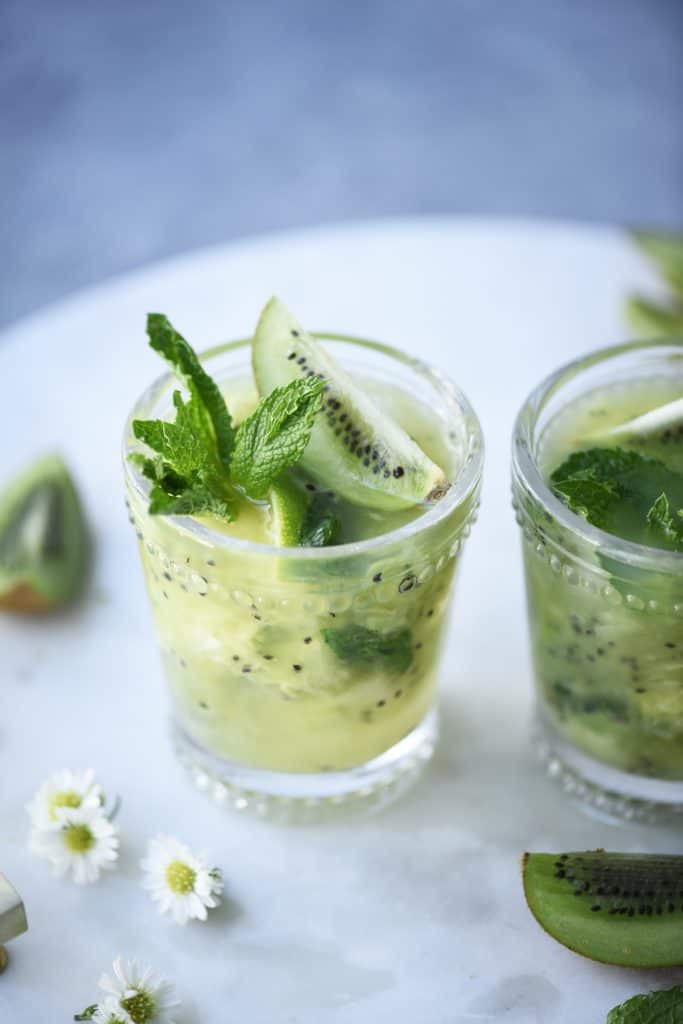 This kiwi caipirinha with mint is a fruity, tangy and delicious twist on the drink native to brazil. 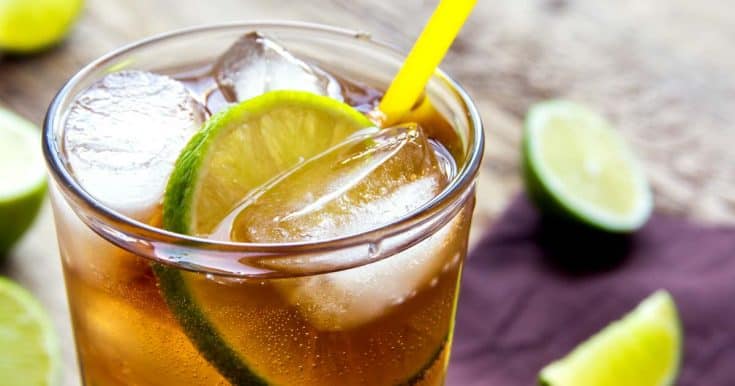 Cuba Libre Cocktail: A Simple Drink with a Complex Story

The Cuba Libre cocktail isn’t just a rum and Coke with lime, it has a fascinating story. 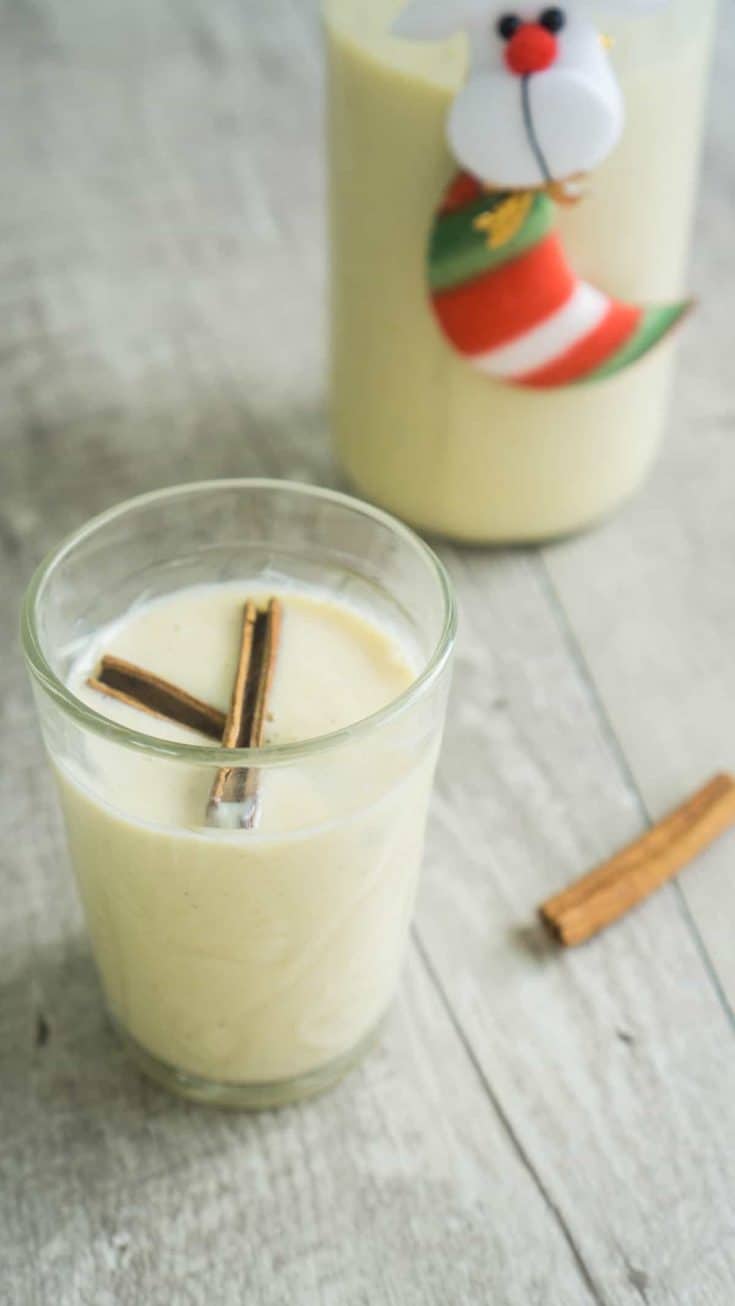 Ponche crema is the Venezuelan version of an eggnog. Creamy, spiced and with a happy touch thanks to a hint --- or maybe more--- of Venezuelan rum.

Freshly made strawberry syrup. Spicy ginger beer. A good squeeze of lime juice. And don’t forget the cachaca! It all adds up to a cold, refreshing, fizzy cocktail. This is a strawberry caipirinha cocktail you will be sipping all summer long! 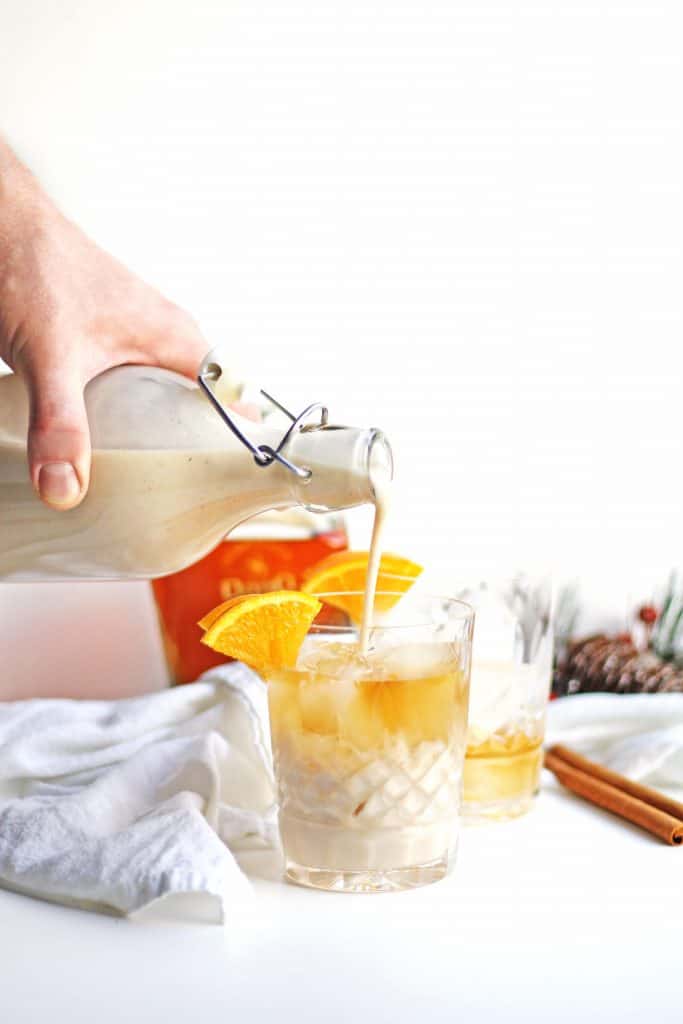 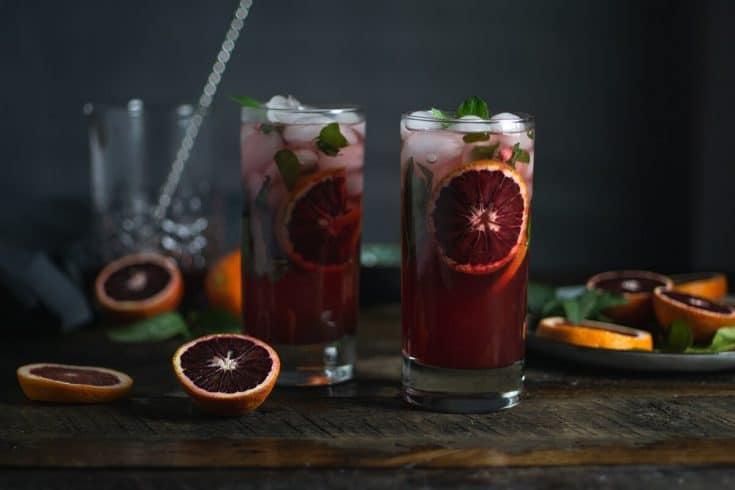 Maybe? A sip of this blood orange Thai mojito beauty consisting of rum, blood oranges, thai basil, mint, kaffir lime leaves, and Thai chilis will have you transported to SE Asia in no time. Cheers!