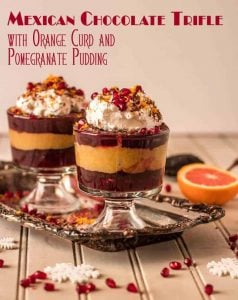 A hint of cinnamon and chipotle in a brownie provide the base for this indulgent Mexican Chocolate Trifle with Orange Curd and Pomegranate Pudding. The fresh orange curd gets a hint of cinnamon, and the pomegranate pudding with its pomegranate juice, pomegranate molasses, and pomegranate arils gets thickened with tapioca. The result is a festive, holiday trifle with vibrant and fresh Mexican flavor! Fantástico! 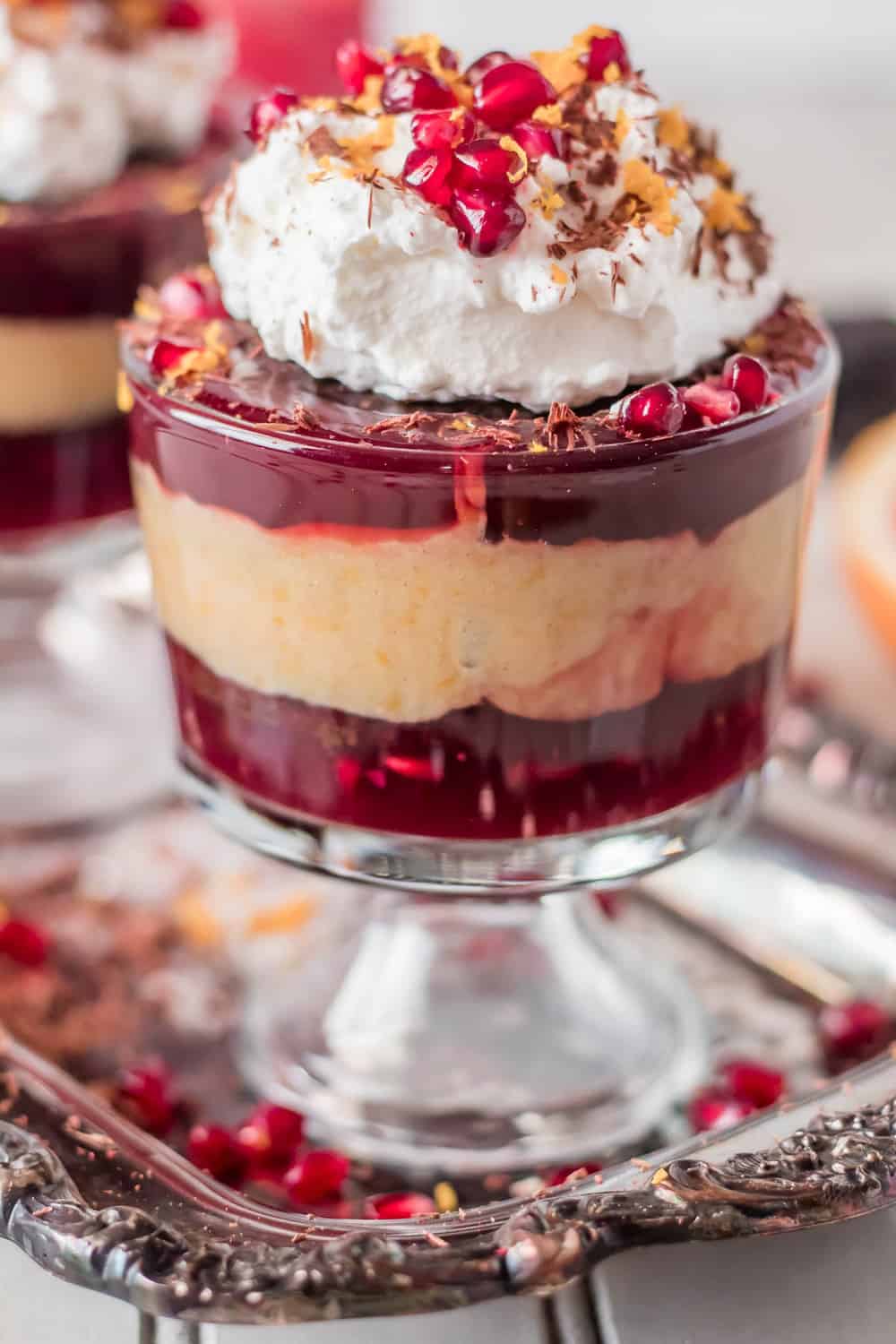 An observant reader may have noticed my recent emphasis on Mexican flavors that include chiles, pomegranates, citrus, and cinnamon... First, I love that flavor combination. Second, pomegranates and citrus are in season in the Rio Grande Valley, and its amazing! Besides, what's not to love?

My Mexican Chocolate Trifle with Orange Curd and Pomegranate Pudding is the final installment in my Cozy Christmas Menu for Two 2017 series of posts. I hope you didn't miss the Roasted Spicy Orange-Pomegranate Glazed Winter Vegetables, and my Festive Mexican Cornish Game Hens for Two! This menu bears no resemblance to Mexican-American fare; rather, it combines Mexican ingredients and flavors with fresh seasonal ingredients to bring those vibrant flavors to your holiday table. 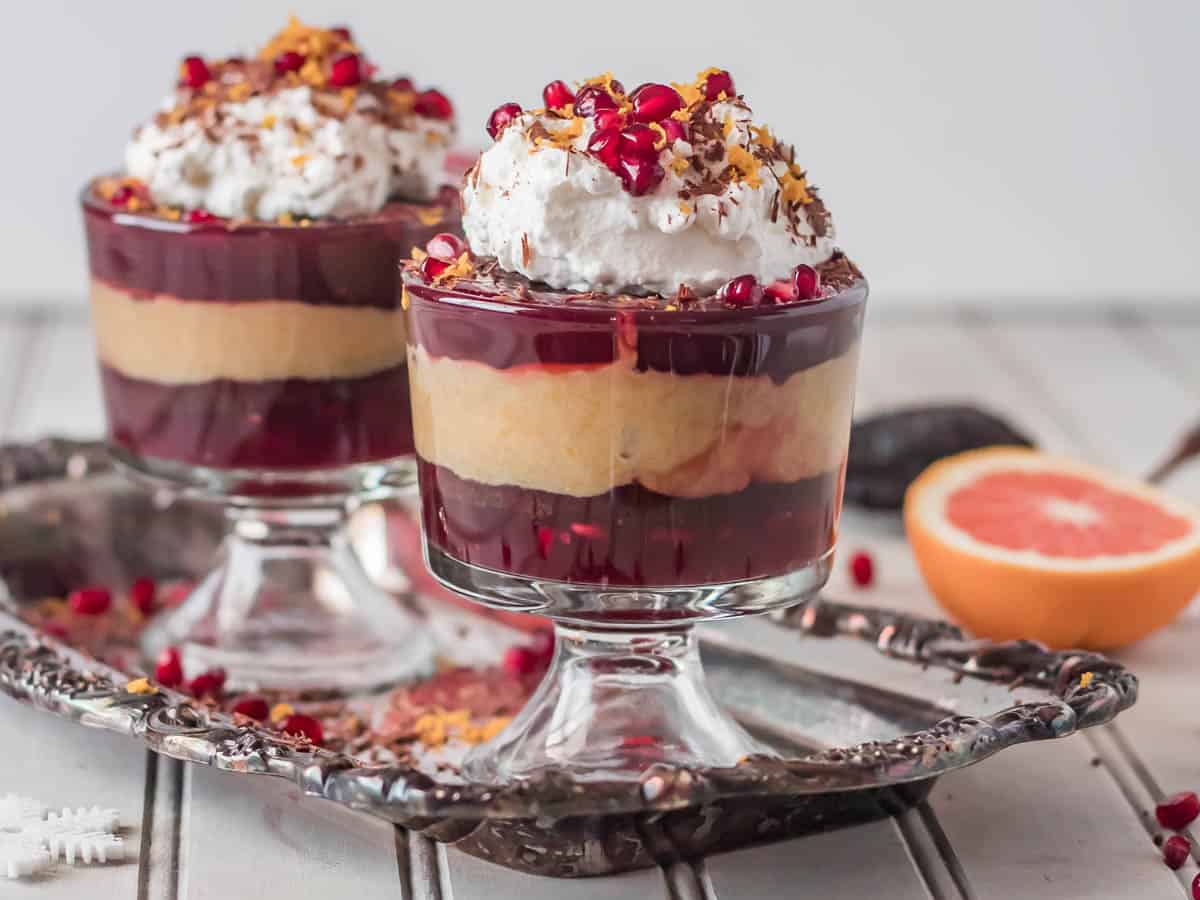 I always feel like I have to apologize when I post an occasional dessert, especially when it is decadent like this one.  😯 In my defense, we practice moderation at Andersen casa. We rarely "do" dessert, but Christmas is an exception. I rarely come across anyone that can exercise restraint and discipline 100% of the time. Deprivation leads to failure IMHO.  😀

So, live a little, and give this Mexican Holiday Trifle a try! 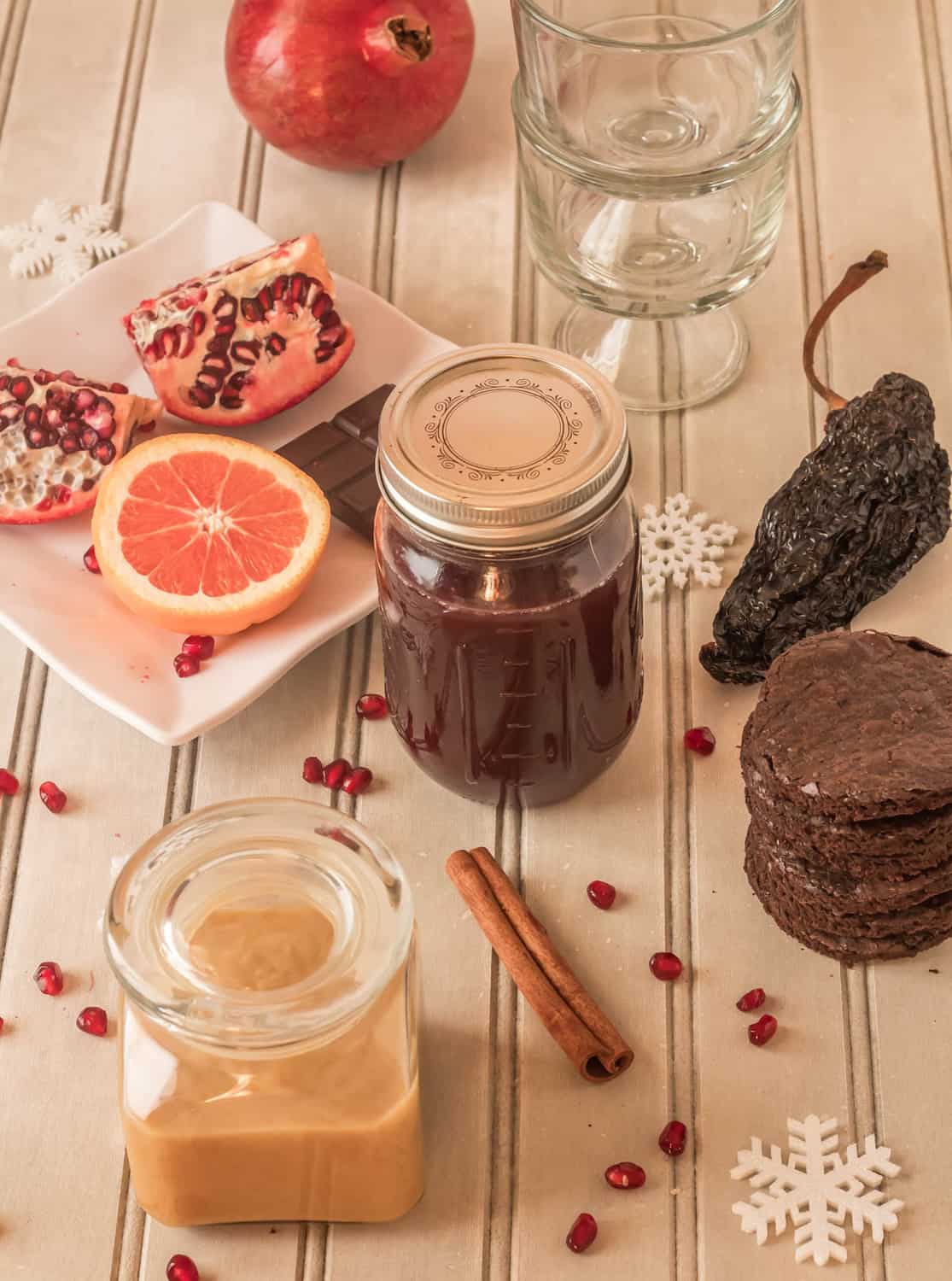 I use Duncan Hines Dark Chocolate Fudge Brownies for a 13 x 9 pan, and cook it in a half sheet pan for 10-15 minutes. Watch carefully, and remove when set but still soft.

I have a razor sharp Microplane 38006 Professional Series Large Shaver that did a great job with minimal effort. You want pieces rather than fine zest. After removing zest, squeeze the juice. You'll need 1/4 cup.

I use Bob's Red Mill Small Pearl Tapioca. If you substitute quick cook tapioca, adjust cooking time, and I cannot attest to the results being the same as I've not tried it!

I whip my cream and add a tablespoon or two of powdered sugar. You can use commercial whipped cream, but PLEASE don't use fake stuff!

Calories are nearly impossible to quantify with a dessert like this. You won't need the whole package of brownies if you're doing individual trifles. Depending on how big your serving dishes/bowls are, you may have curd and pudding left as well. This is a festive holiday dessert, and we don't exercise discipline on holidays right? The google gods want calories...

6
Amount Per Serving: Calories: 420
Nutrition is an approximation and for reference purposes only! 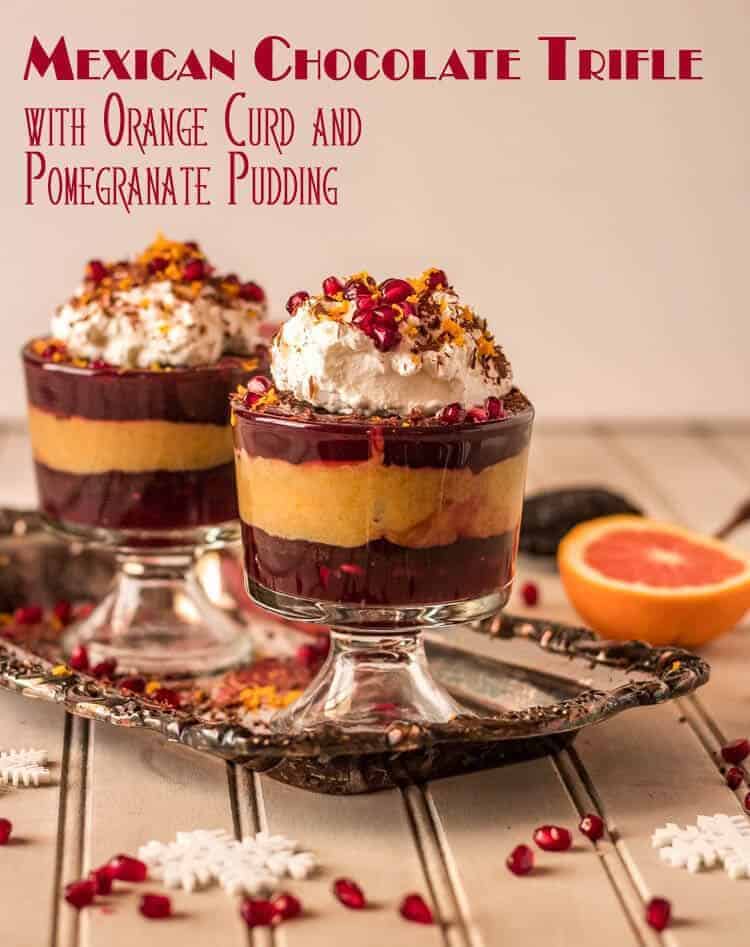 A LITTLE ABOUT ME…